Top Matches For
Your one stop shop to find 1,000's of healthy products at the best price from our trusted sellers.
Home » 4 Natural Painkillers 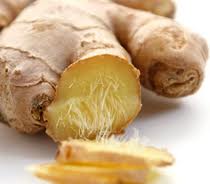 Painkillers don’t have to come from your doctor’s office or over the counter.

There are many natural painkillers out there that have been clinically shown to reduce common aches and pains, as well as chronic pain, inflammation and joint pain. Here are a few of the top painkillers from mother nature.

1. Ginger Root: Ginger root has been used for centuries to reduce the pains associated with menstrual cramping. One study showed that taking a ginger extract 250 mg four times daily for 3 days at the beginning of the menstrual period reduced pain symptoms in as many as 62% of women with primary dysmenorrhea. This study showed that ginger root extracts were as effective as the medications ibuprofen or mefenamic acid.(1)

2. Mint: The leaves of peppermint contain volatile oils that offer a natural source of menthol. Providing a cooling effect topically, mint is often added to rubs and creams to reduce muscular aches and pains. Peppermint leaves also have the unique ability to relax muscles allowing painful cramping and digestive gas to pass.

3. Turmeric: Containing a powerful antioxidant compound that also acts as an anti-inflammatory agent called curcumin, turmeric is a well known remedy for reducing pain associated with inflammation, sprains, strains, bruises and joint pain, along with skin and digestive issues.

4. Corydalis: Used in traditional Chinese medicine to reduce pains associated with headaches, menstrual pain and back pain, resent research revealed that this herb has analgesic abilities that are effective against acute, inflammatory and neuropathic pains due to the unique compound it contains called dehydrocorybulbine (DHCB).(2)

Your e-mail is never published nor shared. Required fields are marked *